Batman Character Analysis: He ain’t crazy but he is complex

The Psychology of Harley Quinn: A character analysis

Joker the Absurdist: A character analysis

Batman #57 brings the conclusion of the Beast of Burden story arc which has unfolded the last few issues. And whilst the arc started strong and with a lot of potential, the ending left open a lot of questions, but at least we got to see a nice […]

Shazam! Character Analysis: Heart of a Child, Power of a God.

A troubled kid with embers of good in his heart, Shazam! represents the ability for a child to see the hope and good in the world, when the disenchanted adults can’t. In this Shazam! character analysis we’ll look at this truly unique hero, who’s distinctively different viewpoint on […]

James Gunn Joins DC Universe: Is this a good idea?

Everyone knows Guardians of the Galaxy, now. Five years ago, that wasn’t the case. James Gunn put this obscure group of misfits on the map. Of course being a Marvel property helped a lot, but the reason the film became as huge as it did was because it […]

Aquaman Movie: What happens to DCU if Aquaman Fails?

We are now just over 2 months away from the next instalment in the DC Universe, Aquaman. It’s been nearly a year since Justice League came out, and failed to make the waves it intended to. There was a lot riding on the success of Justice League, and […]

Does Batman Kill? Does it inherently change his character if he does?

Does Batman kill? One of the most asked questions about Batman. We know that there are many iterations of Batman, in most of the cases, Batman has a strict no killing rule. There are many story arcs however, which have Batman killing. Often these are else-world stories. If […]

DC Universe: Is DC Universe available in Australia? It is even a good idea?

Is DC Universe available in Australia? What about the rest of the many countries outside of the U.S.? It appears not, and there doesn’t seem to be an announced roll-out plan for it either. Is this the smartest strategy for a brand hoping to build a strong and […]

The X-Men: Dark Phoenix  trailer dropped recently and seemed to drop with mostly positive reaction. They made a big splash with the new February 2019 release date, only for a few days later to push the film back to June 2019. We also saw the New Mutants trailer […]

Philosophy of Dr. Manhattan: What is he doing in Doomsday Clock?

“Nothing ends, Adrian. Nothing ever ends.” That is what Dr. Manhattan famously said in Watchmen, but in Doomsday Clock issue 7 it looks like things have changed. He says “But I was wrong Adrian, everything ends”. If we look through the lens of Dr. Manhattan we see a […] 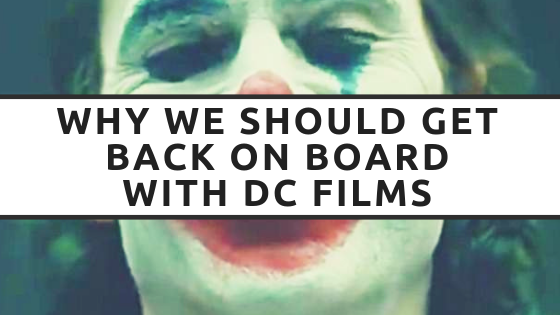 DC Films: Why it’s Time to Get Back on Board

I’ve seen a lot of dramatic comments lately, of the “I’m jumping onto the Marvel bandwagon now” sort. First of all, is there a need to be on one side or the other? Nope. Second of all, everyone needs to take a deep breath, because its (probably) going […]

Guardians of the Galaxy Vol 2: Why don’t I care?

I’m extremely late to the game I know, but I finally got around to watching Guardians of the Galaxy Vol 2 last week, and I made no thoughts about it at all after. Of course that statement is pretty redundant considering I’m thinking and writing about it now, […]