The Ridiculous Nature of the Internet’s Knee-jerk Reactionary Response! 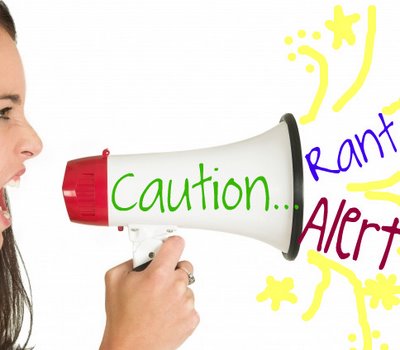 Okay incoming rant alert: the internet really pisses me off sometimes. Most of the time I love the internet, I do, but unfortunately it seems as though the haters and the idiots are the loudest on the internet sometimes. Most people are rational, and think about a situation before they speak, but some do not. This knee-jerk reaction can especially be seen with live action comic book properties. Whether it’s Ben Affleck becoming Batman or Daredevil’s new costume, my words of wisdom to the internet today: an opinion can only be validated, if said opinion came with some thought.

Let’s look at Ben Affleck being announced as Batman first. So when I first heard about this I wasn’t completely sure about it. So I thought about it for a little while. I can tell you the exact moment I found out about Ben Affleck being announced as Batman. I was in the cinemas about to watching some shitty movie, City of Bones or what ever it’s called, and I read on Facebook he was going to be Batman. So there I was thinking about it for 2 hours, tuning out the shitty movie and having a discussion to myself about it. I came to the conclusion that it wouldn’t be my first choice but I think he could actually be great. The internet however wasn’t so rational. Trending worldwide on Twitter was stuff like #wouldbeabetterbatman and blah blah blah. It’s almost like everyone saw that people were hating on him, so as the go is with classic group-think, people jumped on board to what every one else was saying and started having a massive go at the decision, without really thinking about it first.

I know that in a reality with instant forms of communication it’s just easy for people to jump online at write their initial reaction without thinking about it properly first, but still it is ridiculous.

Then you have things, such as the recently revealed Daredevil costume. As soon as it was revealed I saw soooo many tweets about how bad the costume was, which lead to “this show is going to suck sooooo bad ermahgerd”. Such a quick jump to a conclusion from a minute detail that was released. This narrow minded thinking is also ridiculous. A consideration was obviously not taken into the fact that hey this is an origin story, maybe his costume will evolve? But I have to say many people were quite logical about this, but of course the loudest people on the internet, were the ones that were having a massive tantrum about the costume.

So to wrap things up I just want to say to the internet that we are all entitled to our opinions. Opinions are subjective and they cannot be objectively viewed as right or wrong. However they can be viewed as just plain stupid when they are formulated with no rational thought or logic, and when they are formed from simple narrowmindedness. So next time there is a piece of information about a comic book movie released, whether it’s casting, an image or a rumour, let’s just take a step back and think about it before we react. And you know sometimes these casting decisions and images and what ever still seem horrible even after we thought about it, and that’s fine! As long as we stop this ridiculous knee-jerk reaction, then maybe the internet can get rid of that nasty negative stigma it has attached to it.

Okay rant over, so what do you think about the internet’s knee-jerk reaction to news? Let me know!