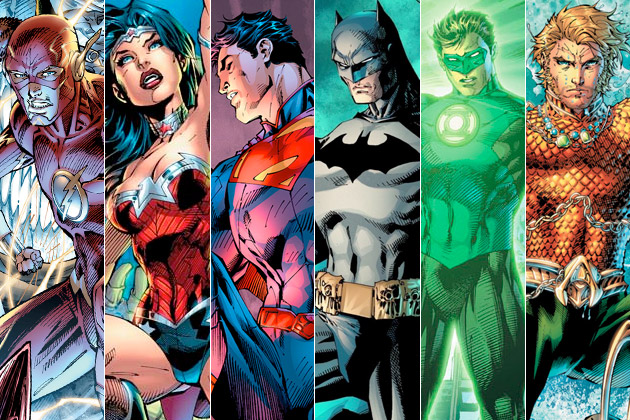 It’s very annoying to live in Australia sometimes. Big news breaks in America when it’s like 4am here. So I wake up to all this big news and then I have to go to uni and work and I don’t get to talk about it until like 12 hours later!!! But finally I’m home and I can break this news down. So let’s go through each of the movies revealed and talk about what they could entail, and how they could impact the greater DC universe. 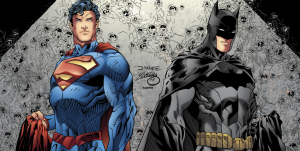 Well we already know about this one so there isn’t much to say, except that the rumour is that all the justice league members that will appear in Justice League Part One will appear in Batman v Superman. So it will be interesting to see how they weave all of those characters into the movie without overwhelming the plot and focus of the film.

Okay so if you read my post on the potential Suicide Squad movie when it was first rumoured then you will know that I was very excited for this one. Deadshot is one of my favourite comic book characters, so to have him be a lead in a movie is getting me really freaking excited. Out of all the movies on the DC list, this is one of my most anticipated ones. I’m a huge Suicide Squad fan, and it will be great to have a non-superhero film on the slate. That being said, it has been confirmed that David Ayer will be directing, which is a really interesting choice. He can do gritty and humour combined (as shown in End of Watch), and that is exactly what the Suicide Squad movie needs. Now we don’t officially know which characters will appear, but apparently according to Warner Bros, they are eyeing 4 A list actors for roles in the movie. Personally I don’t care about getting A list actors for the Suicide Squad movie, but presumably they may want to have big actors in a movie about characters that so few people know or care about. It will be interesting to see how they connect this to the wider universe, perhaps a Batman cameo like in Batman: Assault on Arkham???

Woohoooo! A female superhero lead movie! And now that we know they will be following her Greek mythology background, I am very excited to see this movie. I love Ancient Greek mythology so to have a movie with Amazons and Greek gods and goddesses just gets me so very pumped. Now it’s most likely that this will be an origin story, but exactly how that story will be told is the question. I think they might do this Man of Steel style, telling her origin through flashbacks. Because we know she will be in Batman v Superman, so going forward in her own movie, I think that her story will progress forward, retelling her origin through a series of interconnected flashbacks. Then because the Wonder Woman movie is right before Justice League, her movie might directly lead into the story of Justice League, meaning we may get some Superman and Batman cameos at the end of the Wonder Woman movie. And of course the big question is also can Gal Gadot carry her own movie? Lately it seems as though she has been getting many roles, and recently we found out she is in talks to be the lead actress in the upcoming Ben-hur movie, so this gives me a little bit of faith that she does have the talent needed, because otherwise how in the world does she keep getting these parts? 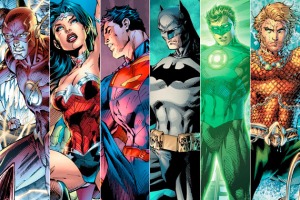 Justice League baby! So the characters assumed to be in this include my man Superman, Batman, Wonder Woman, Aquaman, Cyborg and The Flash. And then apparently we’re going to get Green Lantern popping up at the end of the movie. The big bad of the film is supposedly Brainiac which will be great, because he isn’t just about punching things, he is quite the intellectual being (if you couldn’t already tell by his name). It is also said that Justice League Part One will be filming back to back with Part two, with Mr Snyder directing both. I love that DC doesn’t feel the need to copy Marvel’s formula. Instead of making solo movies, which lead up to a team up movie, Warner Bros have instead decided to do a team up movie, which spin offs into these character’s solo movies. We would have already been introduced to most of the members anyways, which means it won’t all be unfamiliar. This method is a great way of doing it as it means that more people will be interested in their solo movies. Because let’s be honest, the average person doesn’t really know or care who Cyborg is. But after you chuck him in a movie with all the big guns, then people start caring. It’s simple marketing, and it’s very smart.

We need to talk about Ezra. Yup that joke has been said a million times on the internet today, but wow this was completely out of the blue. Ezra Miller is playing The Flash. This guy usually sticks to indie movies, so it’s pretty unusual that he is now starring in such a huge franchise. Now we already knew they were keeping the movie and tv universes separate, so the question is, do they use Barry Allen? And it’s funny that we all expected some blonde buff dude to play The Flash in both the tv show and the movie, and instead we got these brunette, not so buff boys, which is perfectly fine by me, because Grant Gustin as The Flash is amazing. 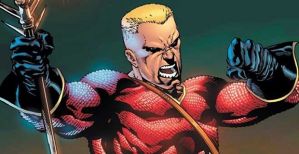 So remember those million times Jason Momoa denied being Aquaman? Whatta liar! But in all seriousness this is going to be one cool movie. There are already rumours flying around (when aren’t there rumours flying around) above the supporting cast in this movie, which includes Mera and Orin. I love Mera. She is just so damn cool. And Aquaman’s world is crazy. So I am curious how they will bring that to the screen. Will they spend most of the movie on land, or in water? They are also releasing Aquaman in the middle of the Summer movie season, meaning it will have a lot of competition. They must have a lot of confidence to release it during that busy time. Not even Batman v Superman is being released in the Summer movie season. Introducing Aquaman and Wonder Woman’s world really changes up the DC universe. We now have aliens, Greek gods and underwater civilisations. So much for realism hey? It’s pretty amazing to have such fantastical characters in the one live action universe, and i’m glad they’re not just going to go for the lazy route and make everyone somehow Kryptonian. 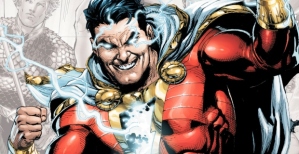 Okay so this is weird. The Rock announced himself as Black Adam in the Shazam movie, yet this movie is 5 years away!!!! What??? This makes me think that Black Adam is probably going to pop up in the Justice League movies, because there is no way he would announce himself as Black Adam for a movie that’s 5 freaking years away! It makes no sense, and I don’t think The Rock has the patience to wait 5 more years before he can play Black Adam. I’m not really that excited for a Shazam movie because I always found Billy Batson to be kind of a little shit, but I am curious to see how they will connect this to the rest of the world because now on top of aliens, greek gods and underwater civilisations, we’re now introducing magic! And Superman hates magic! But seriously it will be an interesting situation to have Shazam and Superman in the same live action universe, as Shazam is quite powerful compared to Supes.

Part two= Darkseid. The rumour is that at the end of Justice League Part One Green Lantern will warn the League that a darkness is approaching, and he comes from a planet called Apokolips, that sounds pretty damn scary! Part 2 will include Green Lantern in the team, and maybe Shazam? And if Shazam and Green Lantern is in the film we may see the Justice League have their own little groups in their one big group, like what is seen in the comics now. Batman, Superman and Wonder Woman are one group. The Flash and Green Lantern are another. Cyborg and Shazam are another. And then there’s also Aqauman, but he’s a king so he don’t need no mini group! The point being is it will add a new layer to the relationships within the team. And it will only come out a year and a half after the first Justice League movie which is great! And it seems as though the Justice League will be more of a duology rather than a trilogy, with the story closing after the 2nd movie. This could mean that the potential 3rd Justice League movie, may move forward with a completely new story line and characters. Or it could spin off to Justice League Dark movies, or Justice League of America movies and yadda yadda yadda. The possibilities are endless.

Hmmm nothing much to really say about this one except it’s good to see DC/WB have faith in their characters. I mean Cyborg doesn’t even currently have his own comic book, and now he is getting his own movie! That is crazy. I’m not sure once again if this will be an origin story because by the time this film comes out, we would have already seen him at least 3 times. So perhaps flashbacks will be used, but I feel as though by the time we get to this film they would have already told us his origin story throughout the other films already.

Green Lantern is back, and he’s ready for some crazy space adventures. Now we don’t know if they are using Hal Jordan again, but either way we will be getting some cool space adventures in this movie. I believe the Green Lantern Corp will be a major focus of this film, and he may, like his comic counterpart, assume a leader type role for the Corp in this film. Now with characters like Superman in his world, the question is will we get any cameos? Because Supes is in space a lot, and by the time we get to this movie, I assume they will be buds, so perhaps we could get a Superman cameo. Another question is how deep into the Green Lantern mythology will they go? Will we see all the different coloured lantern corps? From white lanterns to black lanterns, that is a lot of explanation to go through so perhaps we won’t see all of them in this movie. And if the first Green Lantern movie taught us anything, it is that too many storylines do not work!

So there you have it, the DC movies until 2020. And noticeably missing are solo Batman and Superman movies. But don’t worry because it’s already been revealed by WB that we will get solo Batman and Superman movies by 2020. Phew. Who knows when they will be though, but at least I get to spend some good quality time with my number 1, Superman, again, without him being overshadowed by everyone else popping up in his movie, hopefully.

Now that you know what movies are coming up, what do you think of the DC slate? And which movie are you most excited for? Let me know!