Unless you’ve been living under a rock the past day then you probably know that Spider-Man has officially joined the Marvel Cinematic Universe. Finally the day that has been long rumoured and reported on has come, and it’s freaking glorious! So lets discuss newest MCU member, Spidey!

Okay first lets clear up what the actual deal is between Sony and Marvel Studios:

Okay with that out of the way wow! Twitter went insane when this news broke, and it’s not surprising. For months we heard the speculation, with no official confirmation. I didn’t even think it would happen, because it just seemed so messy, but Sony and Marvel Studios got their shit together and made it happen.

What stands out about this news is that Spider-Man is still Sony’s property. Yes he will appear in the MCU, but Marvel Studios do not own him, they can borrow him. And that’s not a bad thing. Say what you will about The Amazing Spider-Man 2 and Spider-Man 3, Sony has done a great job bringing Spider-Man to the bring screen in the past.

What also stands out is that Spider-Man will first appear in a MCU film, before his own solo movie. Obviously he won’t be popping up in Avengers: Age of Ultron or Ant-Man, but it has been confirmed by Wall Street Journal that Spider-Man will appear in Captain America: Civil War. We know that Marvel has had two scripts ready for Civil War, one without Spider-Man and one with Spider-Man. So they are already good to go!

The questions are though will he appear in a post-credit scene for either The Avengers or Ant-Man? If so they need him to already be casted, or casted very soon to film that. And will Black Panther’s role change in the Civil War movie now that Spider-Man is a part of the Marvel Cinematic Universe? We know Black Panther was going to have a similar role Spider-Man had in the Civil War comics, sooo how big of a role will Spider now have, will Black Panther be pushed to the background a little?

Oh and remember that Sinister Six movie which was supposed to happen next year? Yeah well that’s not going to happen next year anymore, but “The studio will rethink its approach to the film, which remains in development, in light of the new agreement with Marvel”. So we’ll see how that all goes.

Unfortunately though with all the good news comes the bad, Andrew Garfield won’t be playing our friendly neighbourhood Spider-Man anymore. As I said before, it just doesn’t work chucking Andrew Garfield’s Spider-Man into the MCU. With this brand new deal, should come a brand new Spider-Man.

The Amazing Spider-Man films and The Avengers are both based in New York. So it doesn’t really make sense for them to both exist in the same world, I mean hello where the hell was Spidey when that whole alien invasion happened? Sure they could say the Spider-Man films take place after The Avengers, but to avoid confusion, and to just start brand new, where Marvel will be able to have a hand in shaping the Spider-Man character that is now part of their universe, they need to recast the role.

There’s no word on whether Spider-Man will be Peter Parker or not, but lets just say that he will be Peter Parker, I am all for the Logan Lerman or Dylan O’Brien fancasting that’s been going around. There’s been talk about the new Spider-Man being older, and talks about him being a lot younger. Personally I would prefer they cast someone younger. That youthful energy of a younger Peter Parker would fit perfectly with the tone of the MCU.

With the brains at Marvel Studios (good old Kevin Feige) helping out with Spider-Man, the next solo film could be the best Spider-Man movie yet. Hopefully Sony have learnt from their mistakes, that too many cooks in the kitchen doesn’t work, that having too much involvement with the creative decisions doesn’t work, that being too focused on the bigger picture and not the story at hand doesn’t work, they will give us the Spider-Man that we all want. Spider-Man is one of the most popular superheroes out there, he sells the most merchandise, and has the same name recognition as characters like Batman and Superman. This is exactly what the character needs right now.

Oh and we must talk about that release date for the solo Spider-Man movie. If that date sounds familiar to you, it’s because that was the original date for Thor: Ragnarok. Obviously that date has changed, and so has all the dates for the other MCU movies, The Avengers excluded. Thor: Ragnarok is now being released on the 3rd of November 2017. Which is two weeks before Justice League Part One comes out. I wouldn’t be too worried about that as Thor will have two weeks to dominate. But the 3rd of November was Black Panther’s release date! Yeah not anymore, now that will be released on July 6, 2018, which was Captain Marvel’s release date. Captain Marvel will now release on November the 2nd which was the Inhumans release date. So Inhumans will now be released on July 12th 2019.

So the inclusion of Spider-Man has pushed most of the other MCU movies back around 6 months, but you know, you win some and lose some. Lets just be happy we get to see Spider-Man share the screen with The Avengers! Just thinking about that has gotten me really freaking excited. 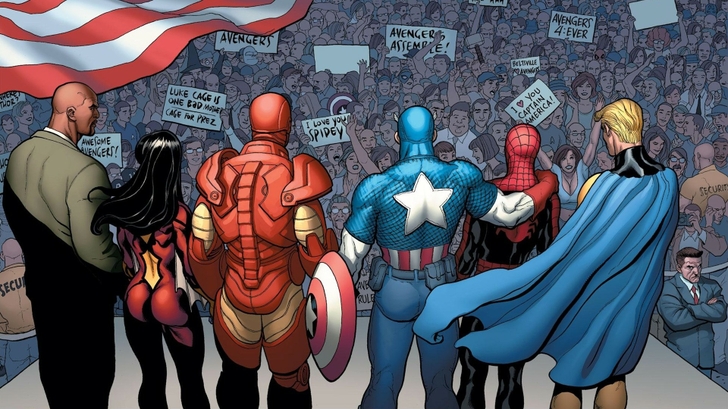 And of course with all this Marvel/Spider-Man talk, the conversation has of course gone on to, what’s your move DC? Captain America: Civil War was already huge, and now that Spider-Man is going to be in it, brains are exploding! When the news about Civil War first broke, a few days later DC released their entire film schedule. Soooo whatcha gonna do now DC? Hmmmm official Batman v Superman teaser trailer??? Announcement of solo Batfleck and Superman movie??? I don’t know just do something okay, we’re all waiting!

Anyways Spider-Man being a part of the Marvel Cinematic Universe is very exciting, and it’s pretty damn awesome the day is finally here where we can say it’s official. I’m looking forward to Civil War a lot more now (who thought that was possible) but I’m not looking forward to the endless rumours about who will play Spider-Man next. I hope they give official word on this soon.

But what are your thoughts on Spider-Man joining the MCU? Sad to see Andrew Garfield go as well? Have any thoughts on who should be cast next? Let me know!