It was family bonding time in Arrow, as Oliver and Thea were put to the test, defeating Slade, because of father of the year, Malcolm’s great plan. Thea has become a much better character over the past season, and I’m glad that she finally knows that she killed Sara.

It’s getting harder and harder to keep up with who knows what on the show, but there’s no point dragging it out, and making Thea look like an idiot. Thea may prove to be one of the greatest characters on the show, if she really plays a hand in taking Malcolm down.

But of course the main focus of the episode was the return of Slade Wilson. Oh and for all those questioning who fed the prison inmates on the island, now you have your answer. Though I’m not sure who’s going to want that job after this episode’s events. 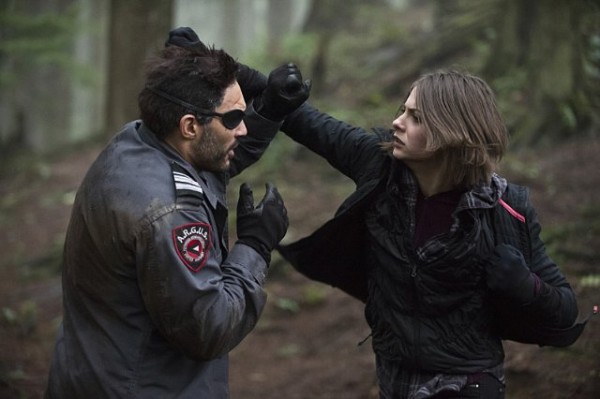 Slade of course is still hellbent on revenge. It would have been nice to get some more quieter moments between Oliver and Slade, just the pair of them talking to each other through prison bars, but I’m expecting we will see Slade again in the near future.

Now of course it was Malcolm who let Slade escape, soooo I’m thinking we should see a Malcolm and Slade villain team-up. The pair of them are both major strategists, and the over the top insanity of Slade coupled with the calm psychopathic nature of Malcolm, could lead to a really interesting dynamic.

The flashbacks of Arrow season 3 episode 14 were a little odd. With the Starling City flashbacks focusing a lot on Tommy. I don’t know if this is just wishful thinking, but I still have this weird feeling that Tommy will somehow return from the dead. Whether that is through the Lazarus Pit or something else, I just feel like Tommy’s character was set up to be this great Arrow villain. His father is a psychopath and his best friend didn’t save him, I mean it could be a pretty cool villain origin story.

Oh and then you have the Laurel side plot. For a moment there I though they were going to show Laurel relapse, but thankfully she emptied the bottle. You gotta feel for Lance, they really messed with his head. Because pretending to be your dead sister, really isn’t the best way to go.

This episode only gave us brief glimpses of the other Team Arrow members, but it looks like Arrow season 3 episode 15 will bring the gang back together. The promo revealed the return of Ra’s Al Ghul, and also ATOM suiting up! It will be interesting to see what powers the ATOM suit will actually have at this point in time, because I’m really not expecting to see any shrinking just yet.

Overall Arrow season 3 episode 14 was pretty solid. It was great to see Slade again, and it’s going to be interesting to see the face off between Ra’s and Malcolm and Arrow.