Gotham Episode 17 Discussion: The tale of Fish Mooney and her eye. 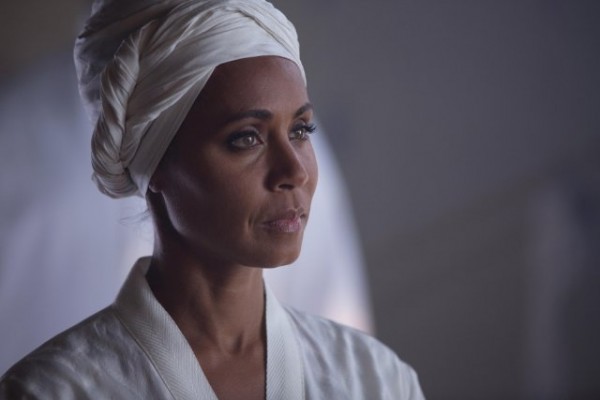 Gotham episode 17 featured a lot of “what just happened!” moments, that steer the show onto an interesting direction. Oh and once again we appeared to have gotten a Joker tease in the episode as well. So let’s discuss Gotham episode 17!

Okay so before we get into the Red Hood gang, and the possible Joker connections, can we talk about Fish Mooney? I may have my issues with the character, but the woman sure has some dedication. When she picked up that spoon I thought maybe she would try to shove it down his throat or something. But no, she gouged her eye out. And then stepped on it. Now Fish Mooney has one eye…she has one eye. Will she wear an eye patch? Will she wear a glass eye? So many questions!!!

Anyways Gotham episode 17 also featured the Red Hood gang, well at least the start of the real Red Hood gang. It was interesting that the concept of the Red Hood was something of a symbol, you were invincible when you wore the red hood. Of course in the comics, the Red Hood gang and the Joker have connections. It is thought that before the Joker became the Joker, he was part of this highly sophisticated and efficient gang. 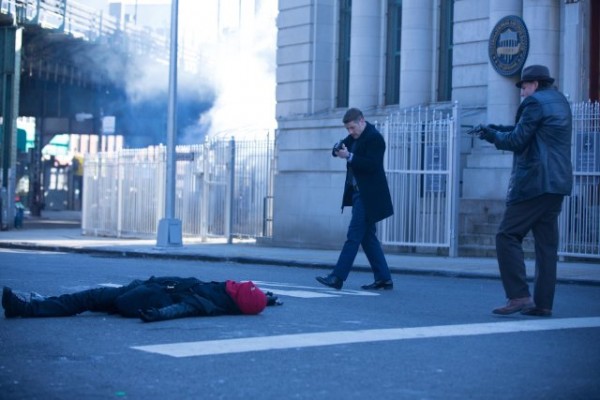 Red Hood is also the mantle former Robin, Jason Todd, takes up after he is brought back from the dead (from which he was killed by the Joker), as a way to say “screw you” to the man who killed him.

It’s clear that the maniacal laugh of the person wearing the Red Hood was meant to allude to possible Joker connections, and at the end of the episode we see a random put on the hood (even though the hood should be evidence and not just lying around on the streets, no wonder Batman needed to come in to help the GCPD…they suck). So it’s safe to assume this is not the last we see of the gang.

Another shocking moment of Gotham episode 17 was the stabbing of Alfred. He’s not going to die. There can be no Batman without Alfred. If Bruce Wayne grew up with dead parents and no Alfred, he wouldn’t be Batman. Alfred taught Bruce the importance of discipline, which is what Batman is all about. So no Alfred can’t be dead (hopefully), but it was interesting to see that once again the dodgy members of Wayne Enterprises were behind it.

I think it’s become most likely that the murder of the Wayne’s was because of an order from the Wayne Enterprises’ employees. What their overall goal is, is still unclear. It’s probably the same as all other villains’ goals, to take over Gotham! But with Alfred in the hospital, the world’s greatest boy detective will do what ever it takes to uncover the truth.

Also I officially love Butch. The growing relationship between Penguin and Butch will sure be a fun dynamic to see.

Oh and Barbara is being weird. Like creepy weird “come with me”. Hmmm.

Anyways overall Gotham episode 17 was pretty shocking, with eye gouges and chest stabs, you never know what you’re going to get in the world of Gotham.