Batman #40 Spoiler Review: What did that ending mean? 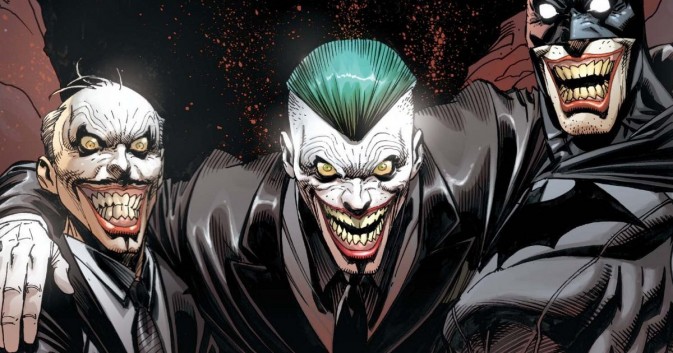 This was it, the finale of Batman: Endgame, Batman #40 promised to make some big changes to Batman, and it sure did. Things are about to get really different for Bruce Wayne and Batman, that’s for sure. So let’s discuss Batman #40!

So Batman #40 and the entire Batman: Endgame arc was set up to be the Joker stories to end all Joker stories. The finale saw Batman and Joker in “one final” showdown (though will there ever be an end to Batman vs Joker?).

First thing’s first, the Joker is not immortal. I know many people were having a crisis on the internet because they thought bloody Scott Snyder turned the Joker into this immortal character, but don’t worry, immortal he is not! Turns out that after Death of the Family arc where Joker fell, he found the dionesium. This helped him heal himself, but by no means meant he was wandering Earth for hundreds of years.

Joker just wanted Batman to think he was immortal. It was supposed to be the ultimate joke. As I have mentioned many times, the Joker is an absurdist character. He believes that there is no meaning in life, and that life is crazy, chaotic and random. And instead of trying to find meaning in a chaotic world, it’s better to just be chaotic with it. You know if can’t beat it, join it instead? Batman on the other, wants to make sense of life. His life was formed by a random act of violence against his parents, and ever since then has tried to make sense of things.

Making Batman believe the Joker was immortal, was Joker’s way of telling Batman how random, chaotic and pointless life was. The Joker was making fun of the meaning and sanctity of life by pretending to be this immortal guy.

In the previous issue I discussed how the Joker emphasising he was immortal, was to also emphasise to Batman that he was just a man. Not a god like his other Justice League members, just a man who had limits. 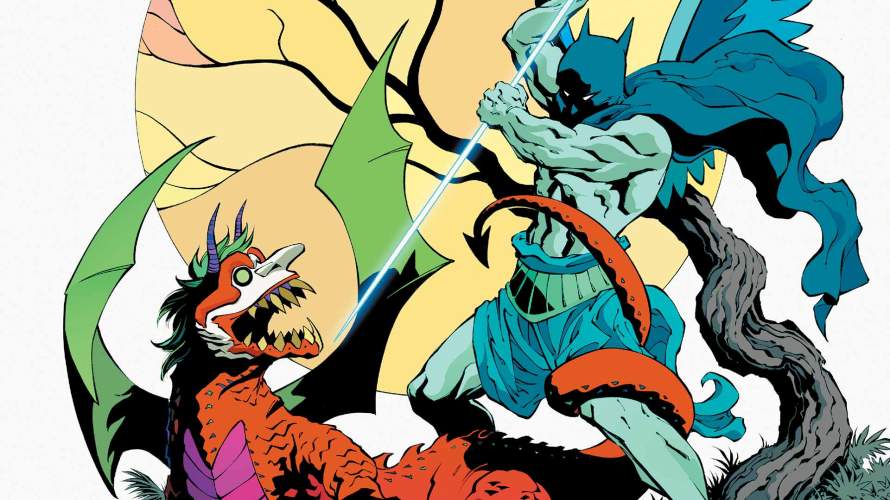 And here is where everything starts to tie in. In the final battle between the Joker and Batman, the Joker says “fighting for meaningless but giving meaning by virtue of the fight”. Already Joker can see he is a hypocrite to his own worldview. We often think that because the Joker is such a chaotic character, he doesn’t care about dying. However at the end of the battle, the Joker had such a human moment.

He pleaded with Batman, to let him go, so that he could live. In that very moment, Batman was the monster holding him down, and the Joker was just a man who wanted to live. It was an interesting reverse role situation. Bruce did become Batman to become the fear, to be a monster for the monsters in Gotham. And Batman #40 showed us that he well and truly achieved that goal, he even made the Joker fearful. Who knew that was even possible!!! 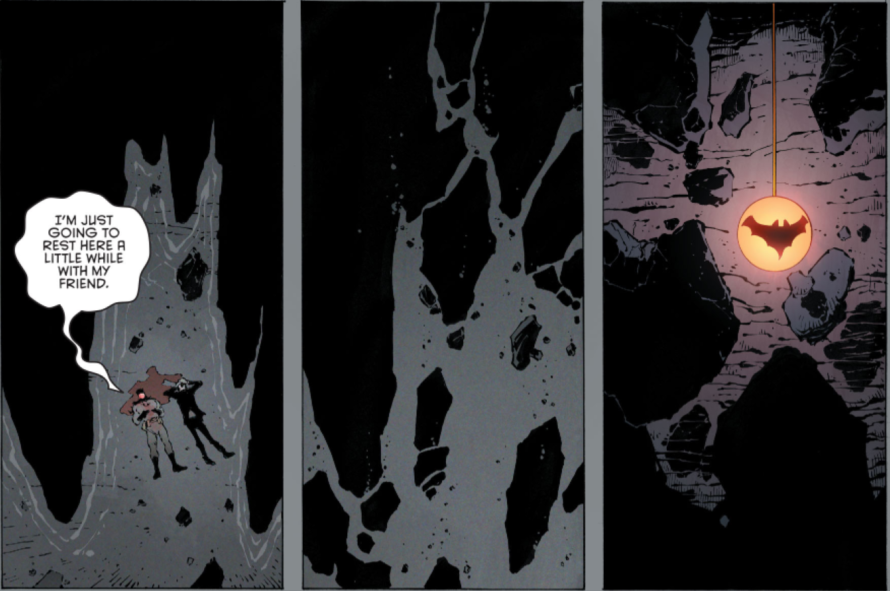 But now let’s get to that ending. What exactly happened at the ending of Batman #40? For me to discuss this, I will be getting into spoilers for future issues so read at your own risk!

Okay so in the ending of Batman #40 we find out that Bruce left a death note. The note reading ‘HA’, and at the end of the issue we see a guy throwing a breastplate into the garbage. So what’s the significance? If you remember back to the beginning of the Endgame arc in issue #35, the issue opens up with Bruce talking about Gotham’s Royal Theatre. Bruce’s friend Wade built a special harness holding a breastplate for the play, for the part where Apollo comes down to save everyone,  “At the end of the play there was a deus ex machina. A moment where a god, Apollo, descends from the sky to save the characters from destruction”. Wade goes on to say, “I want everyone in the theatre to believe in that god coming down to help. I just want them to feel saved”.

And it’s the very same breastplate that gets thrown into the bin at the end of Batman #40. So is Bruce this god figure? Deus ex Machina is often used to describe a convenient and unexpected event/object/power that saves a ‘seemingly hopeless situation’, usually some kind of weird plot device. So perhaps something weird and crazy happened, and saved Bruce. And maybe now Bruce is also this god figure like Apollo.

Sounds like I’m talking shit, but a leaked page from the Divergence issue from Free Comic Book Day has come out, and shows us that Bruce Wayne Batman (not Jim Gordon, who will be the new Batman) is some kind of Bat-god now. Yes we all know the jokes about Batman being a Bat-god (BECAUSE I’M BATMANNNNN!) but apparently it’s becoming a thing now.

As with most comic book stories, this will probably be very temporary and have some kind of understandable-ish explanation to it all. I’m just glad Bruce Wayne will still be around!

Or maybe the breastplate in the bin is signifying the tragedy. That Bruce is dead. But we all know that isn’t true so who knows right now what it all means.

This is all speculation and we will find out what’s going on, on Free Comic Book day this weekend (yayy for not having to wait long).

So let us not freak out about this change until we find out the context of the situation.

Anyways, overall Batman #40 was an amazingly intense and suspenseful issue, which provided us with a very human moment for the Joker. It will definitely be interesting to see where Batman goes from now, and if he really is Bat-god now! 9/10.