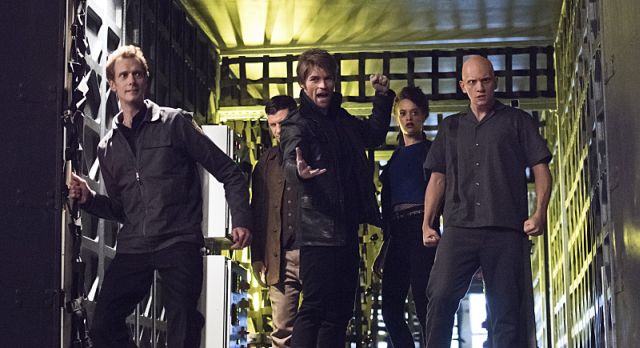 So The Flash episode 22 brought us two pretty big things, and one very cool thing: The Rogues team pretty much forms, Reverse Flash and Flash have their big brawl, and we got a big, very non-subtle, Green Lantern easter egg. The Flash had a lot of excitement this episode, so let’s discuss The Flash episode 22!

Alright let’s break down the episode, first of all Captain Cold makes his awesome return. The Flash mythology really works because he has such great villains, with great dynamics. Captain Cold is probably one of the smarter, more level-headed Flash villains, so I guess if Barry is going to go to anyone it would be him. It was a pretty stupid plan though, but one of the biggest themes of The Flash season 1, is the naiveté of Barry, he’s still growing into his superhero boots, it’s a big learning process for Barry (clearly as he’s about to make the biggest rookie error ever next episode, which we shall discuss later).

But yeah, not a shocker that Captain Cold betrays The Flash, and now it looks like we know who’s going to form the Rogues team. What’s interesting is that we know Captain Cold will be moving onto the ‘DC’s Legends of Tomorrow’ spin-off show, so is he even still going to be a Flash villain? Or more of an anti-hero type thing? (Similar to his role in the comics now).

Side note: for the love of everything that is good and sweet, can STAR Labs please get better locks. Even I could just walk in there. You would think that with the work they do they would have better security, but no, anyone can just walk on in.

In the comics, Hal Jordan and Barry Allen are best-friends, ‘The Brave and the Bold’. Earlier I would have said, Green Lantern can not be done on The CW, but now that Ray is flying everywhere, I’m thinking it can be a possibility. It would be beyond amazing if they announce Hal Jordan is going to appear in The Flash, that may not be a cameo I can handle.

But of course the biggest aspect of The Flash episode 22 was the final battle between Reverse Flash and The Flash. I guess because of the huge lead-up, Reverse Flash’s defeat seemed a little anti-climatic, however overall that whole scene was great. But also a little confusing for continuity, like Oliver Queen is here now, are his friends still dying on Nanda Parbat? Like what’s going on? Anyways the face-off between the mini-Justice League and Reverse Flash (sick ring) was pretty great, and really well shot for a CW show.

And now that they have Barry’s mum’s killer, Barry has one goal. To go back in time and save his mother. Which is beyond stupid!! How does no one stop to think that hey, if Barry goes back in time and saves his mother, everything will be different. He will completely change the past, and screw up the future. 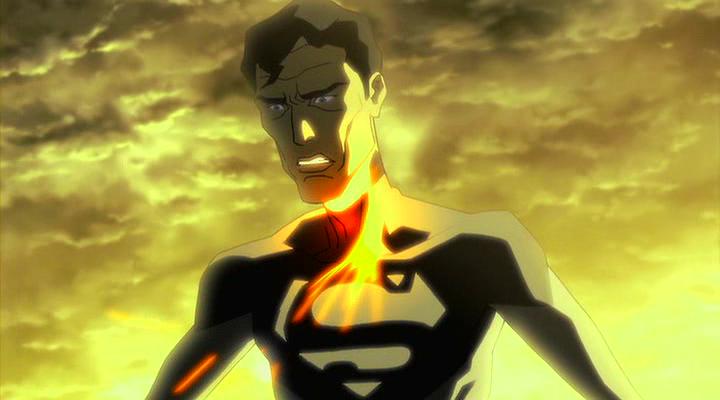 See Barry, this is what happens when you mess with time, you screw up Superman!

In the comics, Barry going back in time to save his mother, was what caused the entire DC universe to reset, and it’s how we got the New 52. So obviously big stuff happens when you mess with time. If he is successful with saving his mother, I’m expecting the season 1 cliffhanger being Barry returning back to present day, and seeing how absolutely terrible it is. And then us having to wait months to see how he fixes it. Even in the comics Barry could not completely fix what he did, so expect some major changes to happen if he successfully saves his mother. I mean it’s times like this you need Harrison Wells to be like hey, time-travelling to stop a major event from occurring, not such a good idea mmmkay.

Overall The Flash episode 22 was super jam-packed and exciting, and set up a lot of goodness to come in future episodes. I’m hoping that Eobard Thawne doesn’t take this defeat as the end, and somehow comes to play in the upcoming episodes, because he’s too good of a character to just say goodbye to already.