Are the days of the superhero/supervillain origin story gone? I hope not!

Next year the movie-going audience are going to be introduced to many new comic book characters that they may not know much about. And the conversation has often turned to origin stories and whether they are necessary or not.

A while ago we heard rumblings that Marvel were no long going to be doing origin stories, starting with 2016’s Doctor Strange, and more recently we’ve heard that Suicide Squad will be all origin stories, which apparently has made a producer’s wife not happy with the script (yupp). Many people follow a similar sentiment, and don’t like origin stories, but personally I don’t think we should give up on superhero origin stories or supervillain origin stories on film just yet. 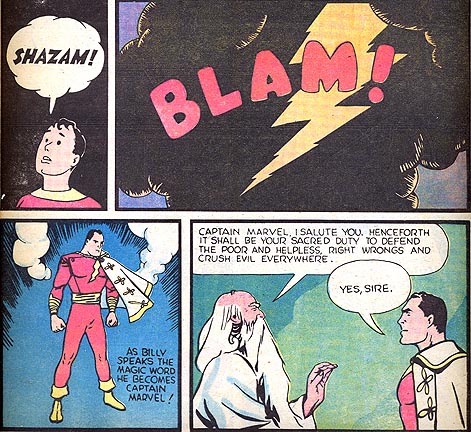 Origin are just such great stories of people being thrusted into unusual worlds and experiences, and seeing how they evolve from that, to me personally is really interesting. I want to see young Billy Batson turn from a normal kind to a god. I want to see Diana go from an Amazon who doesn’t quite feel like she belongs, to one of Earth’s greatest heroes. Origin stories can be magical if done right, and really helps the audience get involved with the character when they’ve seen in-depth where they came from. Which is especially important if we’re expected to care about these characters across multiple films.

But now it appears we’re moving away from traditional superhero (and supervillain) origin stories in the upcoming Marvel and DC films. Marvel don’t want to do origin stories anymore, so the structure of the phase one and phase two MCU films we saw will be changed a lot in the new movies.

DC on the other hand, we don’t know how they’re tackling their solo movies yet and whether they will be origin stories or not, but by the way they’re introducing the characters, it’s looking more likely that we’ll see the characters already fully established in their world. Wonder Woman has apparently been Wonder Woman for hundreds of years, Aquaman is coming into Batman v Superman because he’s angry Superman destroyed the oceans, meaning he’s already King of Atlantis, and Cyborg isn’t getting his movie until after he appears in Batman v Superman and the Justice League films, meaning it would be very strange if we got an origin story.

That brings us to Suicide Squad, which apparently has a lot of focus on origin stories. We already saw this in the teaser trailer with Harley Quinn, Deadshot and Enchantress’ origin stories being shown in the trailer. With so many characters, I doubt we’ll see an in-depth look into all their origin stories, but I think it’s great that we get to see a few explored. Supervillain origin stories are exciting to explore, especially with a character like Harley Quinn.

However you don’t want to drag the pacing of the film down by spending too much time on the origin stories and not on the current day story. It won’t be interesting if we spend so much time leading up to how they became who they are now that we barely see their full supervillain nature in action.

Personally some of my favourite superhero movies have been origin stories like Iron Man and Batman Begins. Anyways I’ll guess we’ll have to wait and see how the MCU and DCEU handle introducing new characters, hopefully we get to see some great origin stories in the near future.