The Flash 2X02 Discussion: The Multiverse is expanding! 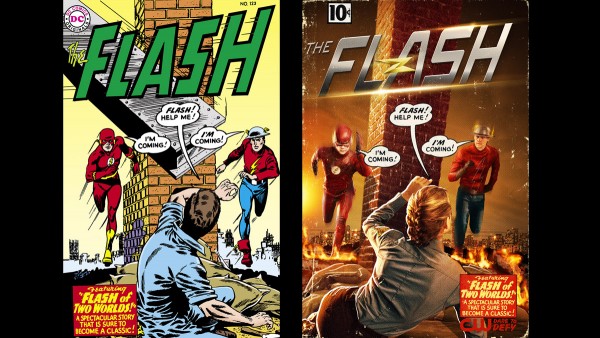 Sand Demon is our freak of the week, and another meta-human sent by Zoom to kill The Flash. I feel like Zoom is playing a bit of a Bane card right now. In the comics before Bane famously broke Batman, he sent other villains after Batman so that he could observe Batman, find out how he fights and really study him. Perhaps Zoom is doing the same thing, Jay Garrick did say he was always one step ahead.

Speaking of Jay Garrick, what a wonderful addition to the team! He’s an older and wiser Flash, and a figure Barry really needs in his life right now. It’s not surprising that Barry had trust issues with Jay, but we know that Jay Garrick is one of the good guys. Unfortunately he doesn’t have his powers, but I’m sure they’re leading up to Jay being able to tap into the Speed Force again so that we see an epic Speedsters team-up. 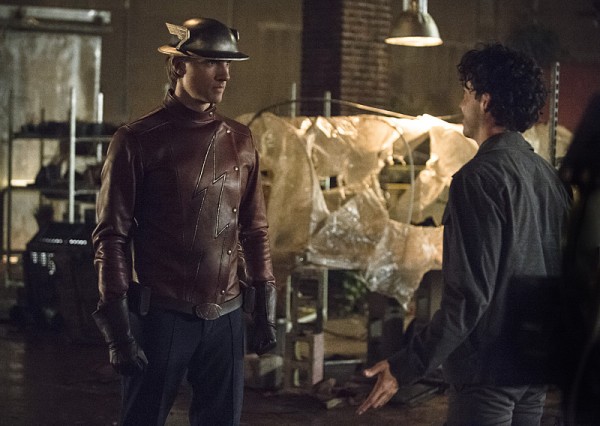 Jay Garrick confirmed the existence of at least one other Earth, and now we know exactly how many there are. As Stein mentioned there were 52 breaches, which is not an unfamiliar number. When the DC universe rebooted in the comics in 2011, the infinite multiverse was reduced to 52 Earths. So I’m sure the TV world is doing the same thing. There are 52 parallel Earths out there right now, and we’ve only met 2 of them so far on the show.

Earth 2 is typically pretty similar to the prime Earth, but there looks like one big difference in Earth 2, Harrison Wells still exists there! And even though the real Harrison Wells of Barry’s Earth wasn’t evil, the Harrison Wells on Earth 2 seems a little creepy. I mean we can’t ignore the disturbing way he said, “Hello kids”. There’s definitely more to him.

The Flash season 2 episode 2 also name dropped ‘Vibe’. Cisco is of course the superhero known as Vibe in the comics, and it looks like he’s well on to his way in becoming that on the show. His powers always change in the comics, right now it looks like he has the ability to see through the vibrations of time. He’ll probably develop some tech later on that taps into his power to give him the ability to create vibrations as well.

The episode also brought the introduction of Patty Spivot. Like Jay Garrick she already seems to be fitting into the show quite well. With the New 52 reboot in the comics, Barry Allen and Iris West were no longer married, and instead Barry was dating Patty. It’s clear that we’re going to see a bit of romance between Patty and Barry, as things between Iris and Barry seem to be just as friends right now.

Speaking of Iris, I’m not exactly sure what role she’s going to be playing this season. She just kind of hangs around S.T.A.R. Labs without doing much. Hopefully she gets her own arc later on, so that she’s actually being useful.

Randomly this episode we saw the return of Iris’ mother, so this may be our introduction into more of the West family. Remember that Wally West, Iris’ nephew (and soon to be Flash) is also coming into season 2, so we do need to know more about the West family.

Overall The Flash season 2 episode 2 was another strong episode that kept the plot moving. It’s great to see the multiverse expand, and that they aren’t afraid to really dive into the source material. I’m definitely looking forward to seeing where we go from here!