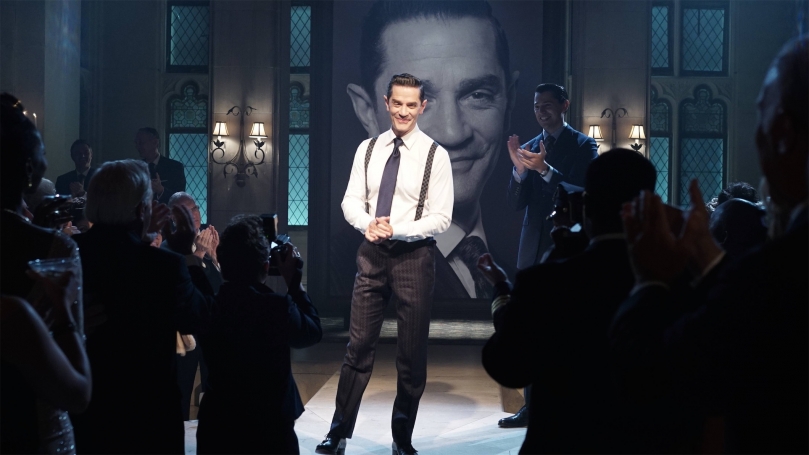 Goodbye Penguin’s mother! Well that was quite the brutal opening, but also to be expected. Theo Galavan has demonstrated time and time again that he is completely ruthless and thrives on vengeance, so the taking out of Penguin’s mother wasn’t too surprising. But it was heartbreaking, although she was incredibly annoying she was the one person Penguin truly loved in his life, and now she’s gone.

And it took a while but Gordon finally figured out that Galavan is not to be trusted. The scene at Galavan’s victory party was pretty awesome. An army of Penguins, what’s not to love? The great thing about Gotham is that it can be disgustingly brutal whilst being super fun at the same time, a hard balance to find. Not exactly sure what Jim’s plans are now that Galavan is Mayor and knows Jim is on to him. Considering how brutal Galavan is, there isn’t much stopping him from just killing Jim. Obviously we know that won’t happen.

Jim is clearly pretty in over his head. Facing someone like Galavan just shows how much Gotham needs Batman. Jim can only do so much. He is a figure of law, he needs to play by the rules, especially when his enemy is the Mayor. Having Batman around would be pretty useful right about now.

But of course that won’t be the case for some time, because Bruce is busy being a dumb kid. Ahh so young, so naive. To be fair it’s not like adult Bruce Wayne has the best track record when it comes to dating women who aren’t bad either. With Selina exiled, Bruce is surely going to get hurt real soon.

Gotham season 2 episode 7 was also the episode of the Riddler’s birth. In past episodes we’ve seen the manifestation of Edward’s evil side. A side that we often see in the comics. The psychopathic Edward Nygma. This is the first time we’ve seen riddles used in a way that we’re used to seeing from Nygma. He hid Kristen’s boy and laid clues out to himself to figure it out. And now his two halves have combined. We’re closer than we’ve ever been before to a full on comic book like Riddler.

And I’m excited about seeing the evolution of Nygma’s character. The Riddler is a fascinating character, who could be a really great villain on the show. A true psychopath with fake charm and intelligence he likes to prove to everyone, Nygma could be a breakout character on the show.

Next week we see the return of crazy Barbara. I still don’t know how I feel about her character just yet, so hopefully next week is a good one.

Overall Gotham season 2 episode 7 was another great episode, that continued the growth in quality of season 2. This season feels a lot more focused and compelling than last season (getting rid of Fish Mooney helped… a lot). Let’s see if this streak continues!