The Flash 2×10 Discussion: Reverse Flash is back??? 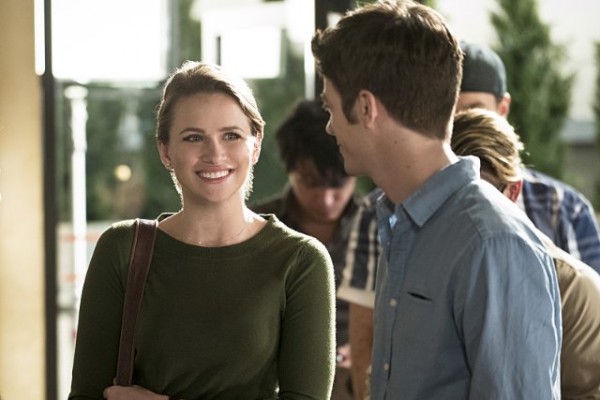 The Flash season 2 episode 10 marked the return of the show from break, but they don’t seem to be in a rush to really jump into the main villain of this season, Zoom. Instead we got a more character-driven episode, exploring the relationships between Barry and Patty, and Joe and Wally. Oh and somebody decided it was a good time to make a comeback. So let’s discuss The Flash season 2 episode 10!

It’s one of the most overdone stories in all of superhero fiction. Superhero finds a girl, doesn’t want to tell girl his secret to “protect her”, girl ends up getting kidnapped anyways. This episode definitely felt a little more like a filler and drawn out. I guess because it’s the same story we’ve seen many times before, it was all a little predictive (I mean we all knew something was going to interrupt Barry before he got to tell Patty his secret).

Obviously it’s fair enough that Barry is freaked out by Zoom. Zoom is the guy that knows he’s so good at being bad, that he just loves to show it off to everyone. Hearing Wells tell the story of how Zoom got his name, really demonstrated how ruthless and cunning he is.

Unfortunately still no Zoom this episode! They’re really loving just giving us little moments with him, and then hiding him away for a little while. I really would love to see more of Zoom, and maybe get a little more perspective from him. Everything we’ve seen from him has been from other people’s perspectives, so I hope we get to peep into his mind a little more later on. 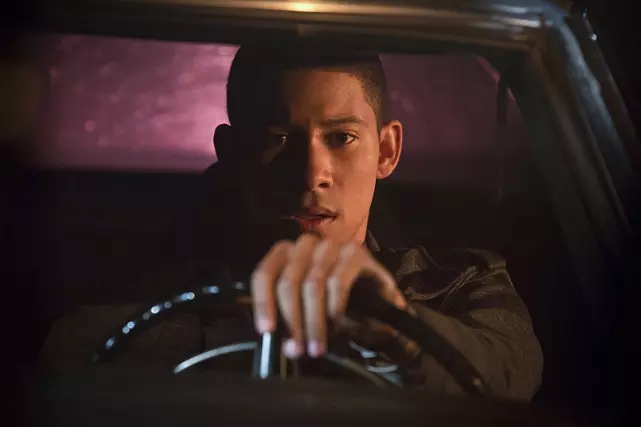 The other part of The Flash season 2 episode 10 focused on Joe and Wally. Clearly they’re going the New 52 route, and have Wally be this troubled kid, who perhaps needs to find a mentor in Barry. We know eventually Wally will get his speed, but that won’t be for a little while now probably.

Oh and in an interesting plot reveal, Jay is sick??? All the more motivation to get his powers back. I can’t wait to see the inevitable team-up between Jay, Barry and maybe Wally. That will be pretty awesome.

Harrison Wells continues to be determined to save his daughter. He seems to be back to not backstabbing Team Flash, and instead of helping Zoom, is trying to find a way to slow him down. Here’s where the freak of the week, The Turtle comes in handy. Although Wells really isn’t interested in having Team Flash (i.e. Cisco) help him out.

Now of course let’s talk about that ending, Reverse Flash is back! Here’s the thing with timey whimey nonsense, it’s nonsense! So yeah this is Reverse Flash who has come from a timeline before he stole Harrison Wells’ identity. So that means it’s the Reverse Flash who still is out to get The Flash (the producers confirmed he’s not from Earth-2). 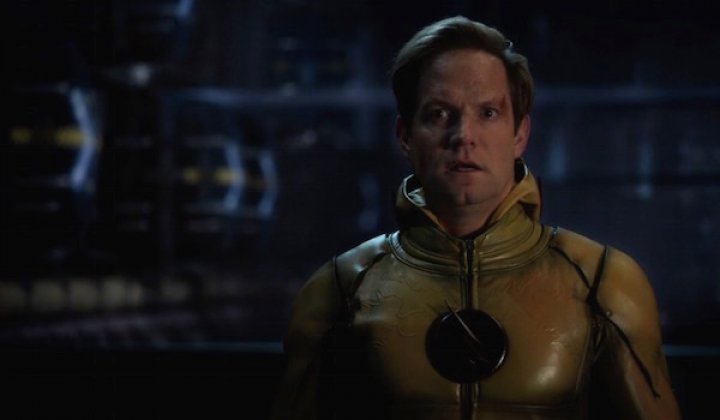 So why bring Reverse Flash back? Well that’s a good question. Will he be used as bait for Zoom? Maybe experimented on to see if Team Flash can slow him down? Perhaps be key to unlocking Jay’s speed again??? If Eddie killed himself, how does Eobard Thawne even still exist? Did he come from some alternate timeline where Eddie never died?? Who knows right now. But it will be pretty great to see the real Harrison Wells go face-to-face with Eobard Thawne, talk about trippy.

Next week’s episode will answer some of those questions as Team Flash finds out about the return of Reverse Flash.

Overall The Flash season 2 episode 10 was a bit of a slow episode, that focused on more of the relationship drama on the show. Next week has been teased by the producers as one of the greatest episodes, so let’s see how all this Reverse Flash drama goes down!