DC Films: Breaking down the ‘Dawn of the Justice League’ So 2016 is a big year for DC Films (that’s the official title), and WB know how important it is to ensure that people really invest in this world. And so to kick things off last week we got a special show dedicated to introducing everyone to this world, and what they have in store for us. So let’s break down DC Films’ ‘Dawn of the Justice League’!

From Geoff Johns’ initial comments, it’s clear that a big focus in DC Films will be exploring the rich and epic mythology of these characters and their worlds. Many DC characters have fascinating origin stories and worlds, that do draw parallels from Greek mythology.

It’s clear that WB want these DC Films to feel big and epic (they even likened it to Lord of the Rings), so expect to see some really fleshed out worlds, like Themyscira and Atlantis.

Now on to the actual films that are coming out:

Most of this was footage we’ve already seen. However there were a few new parts. An interesting line was from Clark when he said “All this time I’ve been thinking I’m here to do good, Superman was never real”.

This is an interesting line because it really shows how Clark views himself and Superman. Superman is the figure created by other people, an image Clark feels like he has to live up to, but doesn’t think he can. It’ll be interesting to see him become more comfortable with being Superman.

We also see Batman building an interesting looking weapon, whether it’s for Superman or Doomsday we don’t know yet.

Basically this section of the special just wanted to break down why these two were fighting in the first place. We saw more about that in the recently released TV spots. TV spot 3 was shown from the perspective of Clark, who felt the press needed to go after Batman because he’s a “one man reign of terror”. TV spot 4 was from the perspective of Bruce (a very, very angry Bruce), who feels the need to take Superman down now after the Black Zero event. 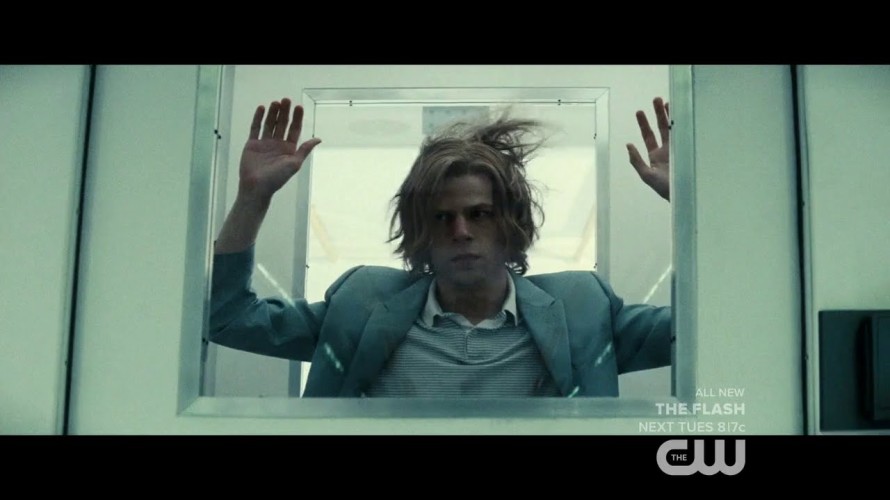 We also got a little more Lex information. As we knew previously, he’s the puppet master of this whole fight. However an interesting tidbit was from when Eisenberg was discussing Luthor and said that Lex feels competitive with Bruce, so he’s learnt everything about him. And as Eisenberg is saying that, we see the shot of Bruce reading the “You let your family die” note. So perhaps it was Lex that sent the note, meaning he knows who Bruce is, and wants to push him to the point of waging war against Superman. 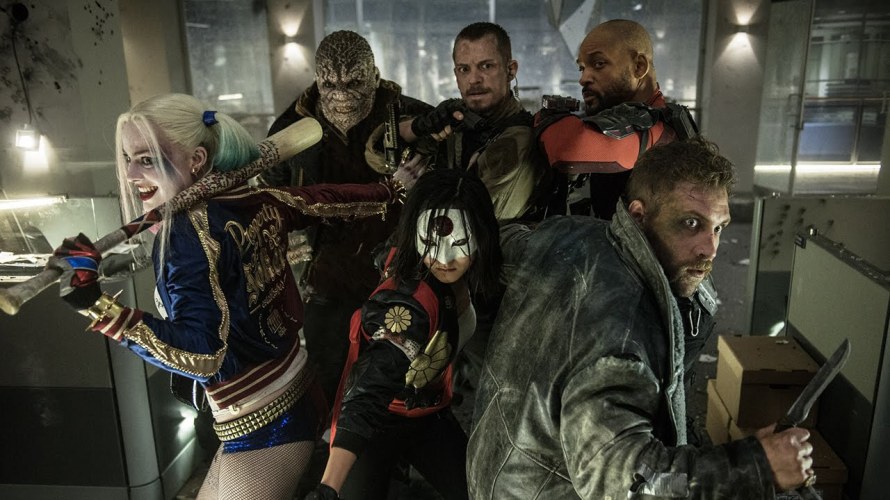 This section of the special emphasised the notion that the film is about bad vs evil. The boundaries of morality come into question as a bunch of criminals are forced to do “good” acts.

Most of the new stuff came from new trailer, which was an amazingly edited trailer that’s for sure. It gave us a lot of action shots, and really declared the tone of the film. It’s going to be weird, dark, funny and crazy. Which is what it should be. The overall plot of the film is obvious, but we still don’t know the mission. I’m guessing it has something to do with the guy in the subway, which many are speculating is The Tattooed Man. 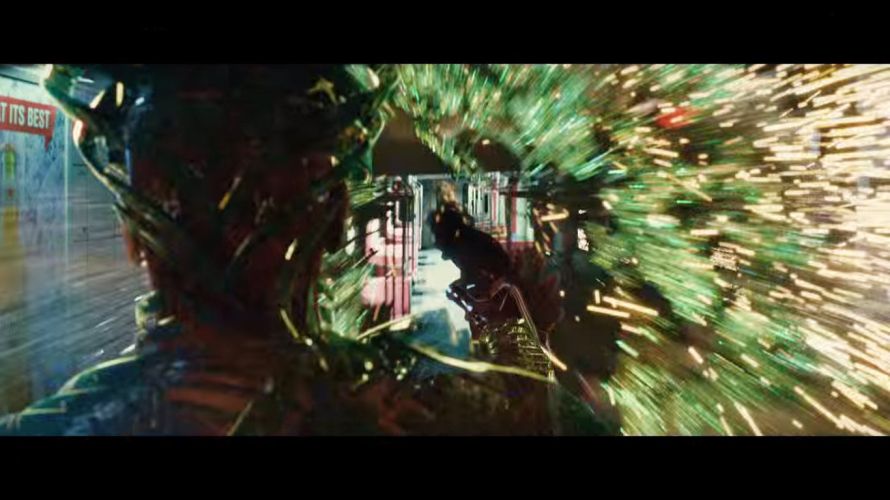 He’s being played by Common and wasn’t seen in the trailer anywhere else, so maybe he is the mission. His powers are the ability to make his tattoos come to life, so that is a possibility.

Who would have thought that the day would actually come, we finally saw footage from a Wonder Woman movie that’s actually coming out! Because they’re only in the early stages of filming, there wasn’t too much to show, but we did get some interesting information.

In this version the Amazons were first created to protect man’s world but have since abandoned it. Diana, the curious one she is, constantly questions why, to which they respond that man’s world isn’t worth it. But Diana wants to find that out for herself, so she journeys into our world. And what’s the first thing she sees? War.

I really loved director Patty Jenkins’ comments about the character. She talks about how Diana is good, kind and loving, yet none of that negates her power. So it looks like Jenkins has a really great grasp on the character. Because yes Wonder Woman is a badass, but there’s so much more to her character than that. It’s important to show that balance between warrior and diplomat.

So we got a little more information about the characters that aren’t the Trinity. They all seem to have the same origins as their comic book counterparts.

Momoa’s comments about Aquaman make it seem that maybe this Aquaman isn’t very experienced. He talks about how Aquaman doesn’t know how to handle his powers because he hasn’t been trained. So I’m curious as to how he will be presented in Batman v Superman. 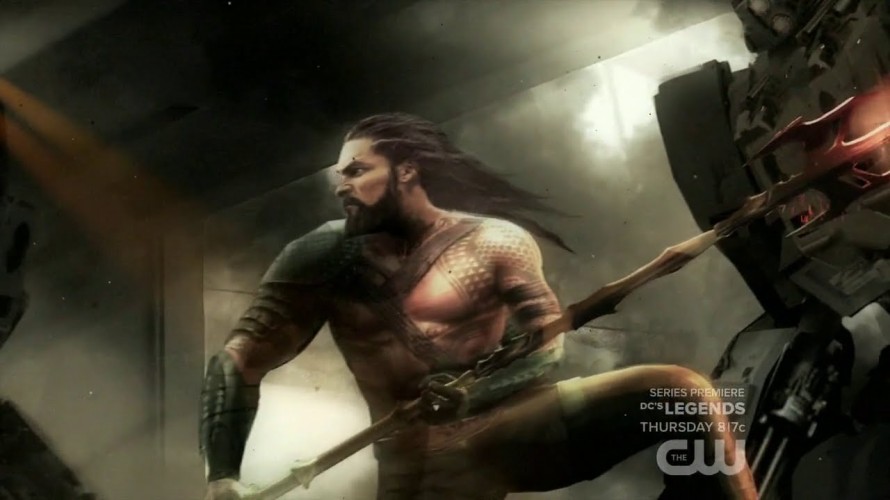 As for The Flash, well they’re basically doing the exact same thing as the TV world. It would have been cool to maybe have done something different for the movie universe, but this is what they’re going for. Ezra Miller made the note that Flash does have the ability to go to different planes of existence, so I think we will be seeing a lot more travelling in space and time in the film.

The film world does have the production capability to get really weird and crazy with The Flash, to really explore the Speed Force and time travelling. Hopefully they really embrace that side of his character.

When talking about Cyborg, Johns discusses that Victor was hurt in a horrible accident. Some are thinking that maybe this happens during the events of Man of Steel, or will happen in Batman v Superman, perhaps he’s a casualty in the Doomsday fight. And like his current comic, a big focus will be on Victor finding that balance between man and machine.

In all the Justice League concept art shown, there were always only 6 members (I guess we’re not uniting the seven???). There was a brief discussion on the Green Lantern Corps, to which Johns ambiguously noted will be joining the Justice League universe.

Overall, the DC Films special was made to give everyone a little bit of context and idea of what’s to come in the DC Extended Universe. So far everything looks pretty great, and they seem to have an interesting plan in place. Let’s see how this all works out for them!