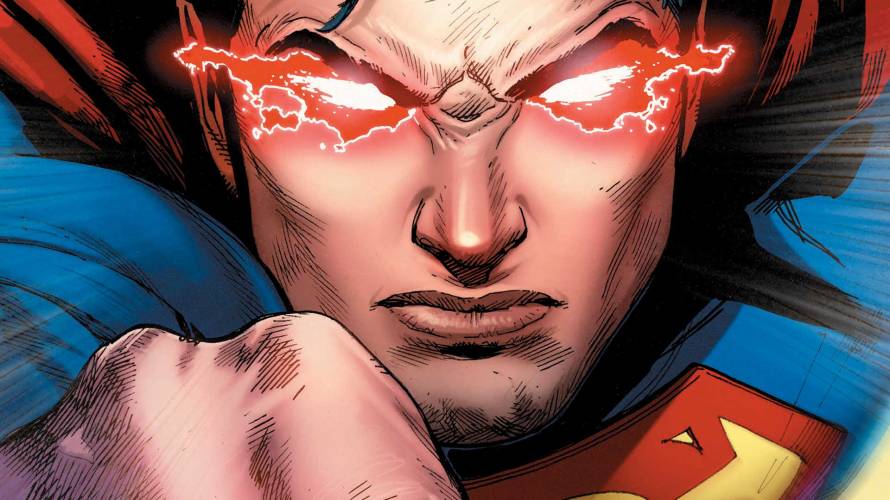 And so begins the first wave of Rebirth titles, and one of the most interesting ones out there is Superman: Rebirth #1. This comic was the passing of the torch comic to get everyone initiated with the fact that, there’s a new Superman in town.

Non-spoiler thoughts first: As a transitional issue, it was a pretty good one. There was nothing surprising or shocking in the issue, beyond what we already know, but it’s nice to get to know the old/new Superman a little more. This Superman has been pretty closed off from the rest of the world, as he allowed New 52 Supes to take the reins, but this issue we get to see him move closer into interacting with the greater world. And that starts with Lana Lang.

Superman is convinced that he can bring New 52 Supes back, just like he came back after his battle with Doomsday. Lana on the other hand just wants to bury her friend. Although I personally was a fan of the New 52 Superman, it’s exciting to see the story take this direction. How will this Superman cope with being in the spotlight again? Interacting with versions of people he once knew? Tomasi did a great job with the Final Days of Superman arc, and really understands how to get to the heart of the character. So seeing the growing dynamic between this Superman and everyone else will be fascinating to see. A great start to the Rebirth of Superman!

We all know how the story goes. Superman gets killed, then comes back. However I’m starting to question if whether the New 52 Superman will come back, because this issue made his death seem pretty final.

I love that the issue opens up with Rebirth Superman talking about how courageous and great New 52 Superman was. He respected New 52 Superman, and the desperation is apparent, he wants to bring him back. Although he may have started off as naive and slightly arrogant, New 52 Superman, with experience, became the symbol of hope we all know and love (if you stuck around long enough to see that).

Rebirth Superman believes he can replicate what happened to him, and bring back New 52 Supes. But things aren’t that easy. After he bumps into Lana Lang, who’s there to bring Clark’s body back to Smallville, they go off to the Fortress to see if the item they need, the Regeneration Matrix, is there to bring him back. Which is why this issue made New 52 Superman’s death feel so final. Of course in the world of comics anything is possible, but for the time being, it doesn’t seem like New 52 Supes is going to come back anytime soon.

This was the issue that was supposed to guide us, help us move on from the New 52. Lay the coffin to rest, say goodbye to the New 52, and hello to the Rebirth.

So here we are with a new/old Superman. Clark knows that the world still needs Superman, and now that he’s convinced he can’t bring back the other one, he decides it’s time to take over.

Superman: Rebirth #1 ended on a hopeful note. Although the issue was about two desperate people struggling with a death, they were able to come to grips with reality and move on.

It’ll be interesting to see how the world reacts to this. A public memorial was put in place for Superman, and now there’s another one in the sky? How will that be explained?

It’ll also be interesting to see how this Superman interacts with the Justice League, especially with Batman and Wonder Woman. Two of Clark’s closest friends, forced to be around an alternate version of their fallen friend. And it can’t be easy for Superman either, considering he once knew Wonder Woman and Batman back in his timeline.

Overall Superman: Rebirth #1 was a nice in-between issue, bridging the former Superman with the new one. Tomasi always delivers when it comes to the heart and emotion, and he definitely did it here again. Changes are coming, and so far they look promising!